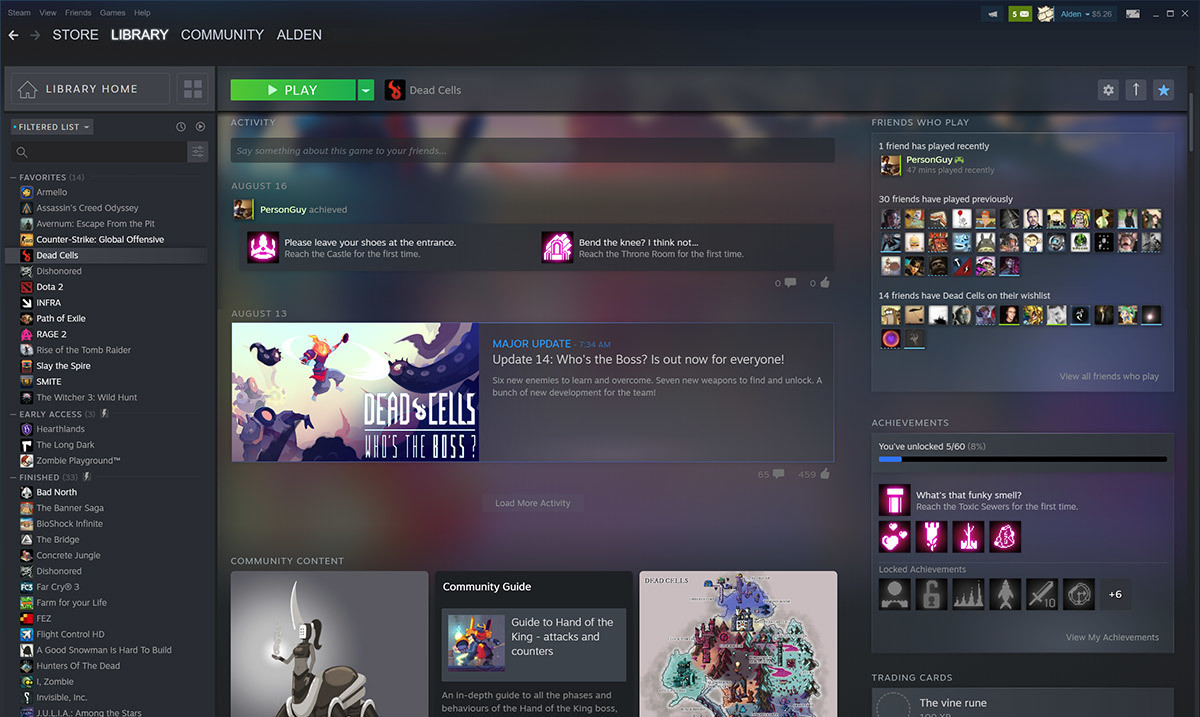 Steam's long-awaited update to the games library finally has an official date where it will be entering beta. Starting September 17th, all Steam users will be able to opt-in to the public beta and gain access to the new library layout.

Back in June, the new library was accidentally leaked in the Chinese version of Counter-Strike: Global Offensive. No longer able to keep things under wraps, Valve confirmed the leak only 3 days later and stated that a public beta would only be "weeks away".

Valve is turning Steam's library tab a central hub for users. A new landing page will feature news regarding game updates, recently played titles, and what games your friends are playing.

Additionally, each individual game page prominently features news from the developers and upcoming events regarding the game. It almost turns each game page into a mini-community and I can already imagine tournaments or live streams being promoted here.