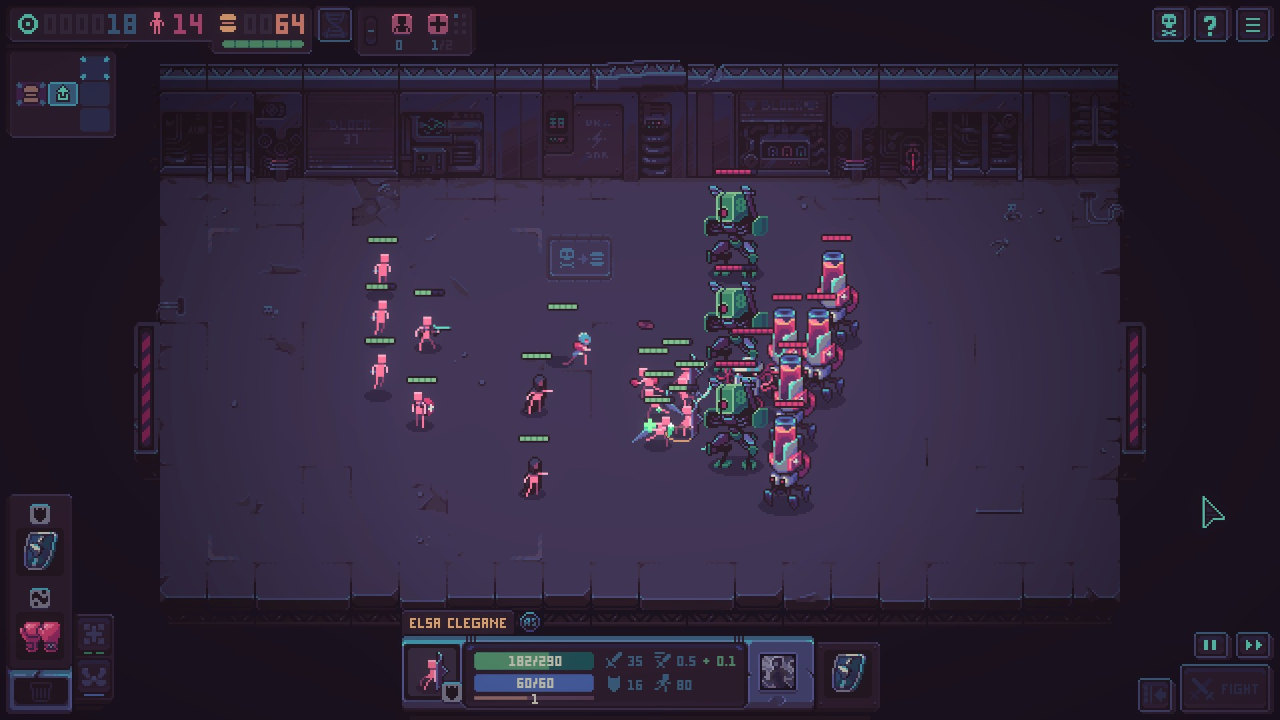 Developed by Konfa Games and published by tinyBuild, Despot's Game is a roguelike wrapped in pixel graphics and auto battler-style gameplay.

A normal game session consists of building up an army and fighting your way through randomly generated dungeons. Each new room in the dungeon usually has a fight that happens in the usual auto battler style. Drop your units in the desired location and hit Fight to watch the mayhem.

Humans are the base unit in the game and change class depending on their equipped item. Different items fall into one of a few different classes and stacking humans with similar items synergizes to unlock new skills and powerups associated with that class type. For instance, having multiple tank humans increases their effectiveness by taunting enemies.

There are a lot of different items available, some of which are pretty unique like the sailor moon-inspired class. There's also some pretty unique mechanics that can effect your squad. Completing a side-quest in a room unlocked the ability for humans without an equipped item to merge together into a ridiculous-looking super human.

Winning battles earns you tokens that can be spent on new items, humans, or food. Every human on your team requires food each time they move between rooms. Food can be acquired by defeating enemies and using your your earned tokens to purchase some. Since food and tokens are limited, this also limits the size of your army.

Overall Despot's Game seems like a fun roguelike and is worth checking out if you enjoy auto battle or tower defence games.