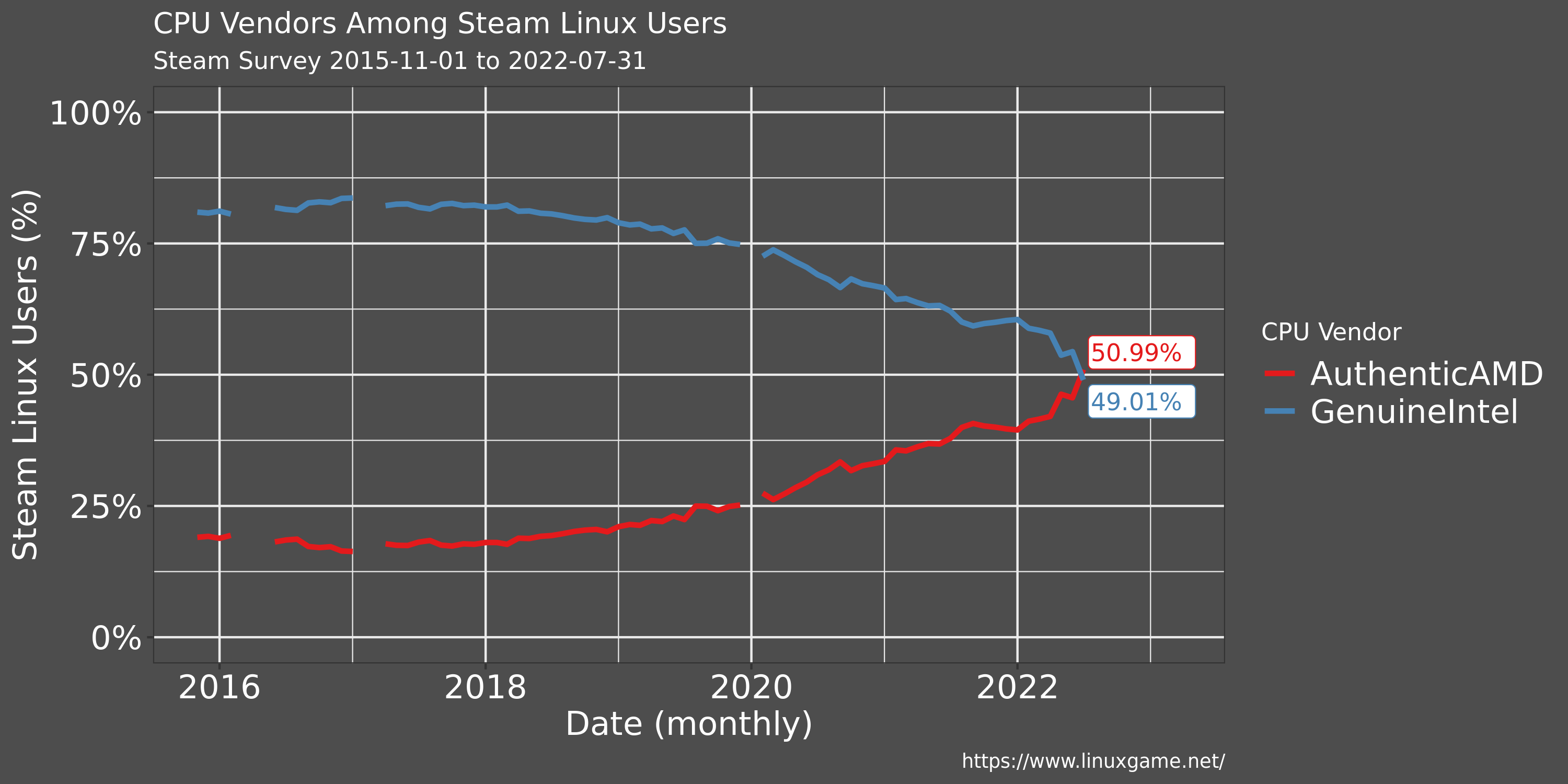 According to this month's (July 2022) Steam Hardware Survey, AMD has finally surpassed Intel as the most-used CPU brand among Linux gamers. AMD currently sits at 51% versus the 49% of Intel.

There's no doubt that the prevalence of the Steam Deck, with its AMD-based APU, had a hand in this. But more generally, AMD is simply offering better products than Intel in the eyes of most gamers. It may be some time before Intel is able to catch up, if at all.

SteamOS-based distro usage is also holding steady at around 7.6% of all Linux users on Steam. So it seems growth there has stalled for now. However, Valve is ramping up production massively and has promised that all pre-orders before mid-July will be shipped by the end of the 2022 calendar year.

For those that might not know, we collect and save this data every month for our Steam Linux usage page. As soon as Valve releases their numbers, we update ours as well. We have data going all the way back to 2016. This allows us to see long-term trends like AMD finally catching Intel in the CPU space and gaining on Nvidia for GPUs.