Albion Online - Into the Fray update is here 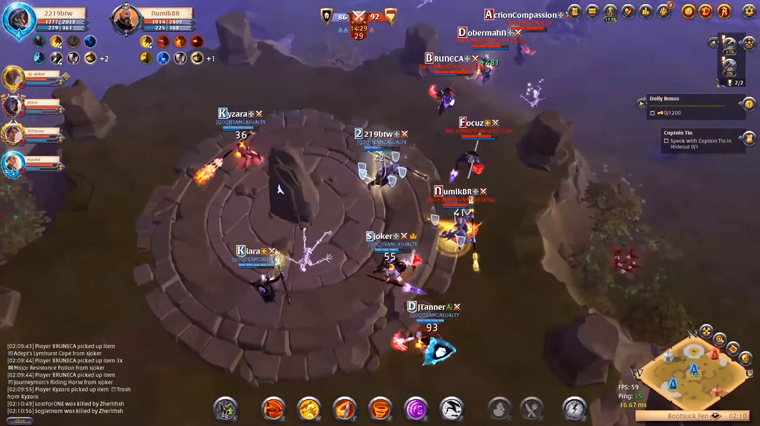 Into the Fray is the latest update for Albion Online, Sandbox Interactive's full-loot MMO and it's out today.

After nearly 5 years since it's original launch date (that included day-1 Linux support), Albion Online is arguably in the best place it's ever been. I'm not the only one that thinks so either if the Steam player counts are anything to go by. The game had a large influx of players in 2020/2021 that seems to have held strong.

Today's update is a pretty big one but a few of the highlights include: reworked Magic Staffs, new Portal Towns, and a host of quality-of-life improvements.

Magic Staffs are a class of weapon in Albion that come in a few different affinities for either damage or healing. They've gotten a full overhaul in this update with new animations, visuals, sounds, and improved general readability of spells. Each staff type has distinct colours and visuals that are being enhanced. Cursed staffs for example will emphasise strong red and black colours. Nature staffs on the other hand will have soft shapes and sounds. Arcane and Frost staffs will have to wait though as only Fire, Holy, Cursed, and Nature staffs have been updated in this patch.

Another marquee feature is the introduction of Portal Towns. These new areas replace the old Outlands portal zones. The Outlands is dominated by full-PvP zones so this change is aimed at making the transition to these areas easier for new players. Dying in these zones means losing all equipped gear and items, so it can be a bit intimidating for inexperienced players. Portal Towns will even include a bank and marketplace connected to its associated host city which will make re-gearing more convenient.

Speaking of re-gearing, a new lost equipment loadout is created automatically on death. This temporary loadout contains all equipped items at the time of death. There's also a new 'Buy and Equip' option added for quick-purchasing loadouts. All this to say that replacing lost gear after a death should be much fast and easier. This was one of my personal annoyances so its great that it's getting addressed.

There are way to many changes to list here, so if you want to know more check out the full patch notes.