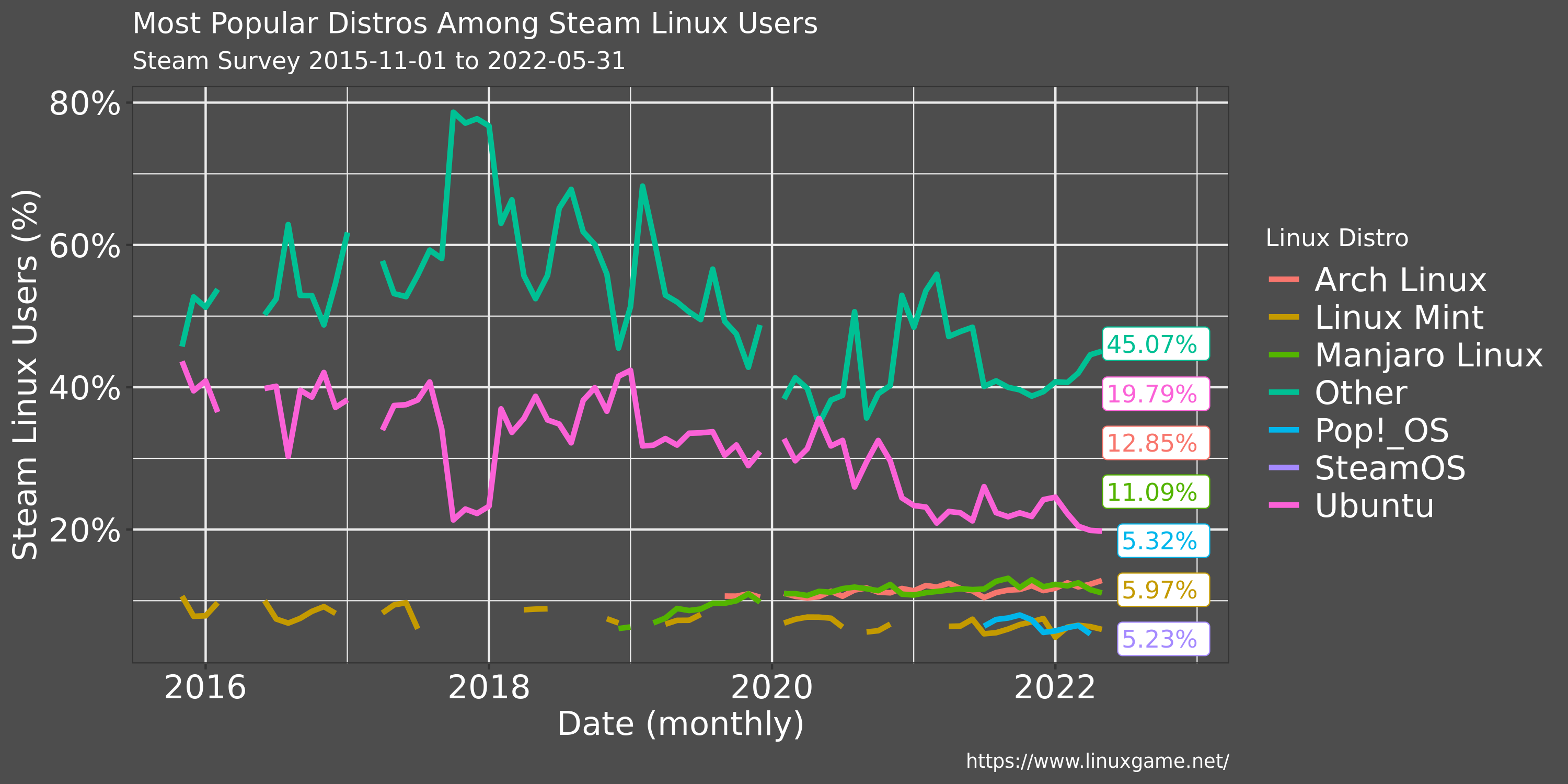 There's a bit of interesting news coming out of Steam's hardware and software survey this month. The opt-in survey collects data from a subset of Steam users that were active on Steam in the previous month. This information is then posted publicly and is always worth checking out to see the how hardware trends are moving.

For those that might not know, we collect and save this data every month for our Steam Linux usage page. As soon as Valve releases their numbers, we update ours as well. We have data going all the way back to 2016. This allows us to see long-term trends like AMD nearly catching Intel in the CPU space and gaining on Nvidia for GPUs.

Today, Valve posted data for May 2022 and there's an interesting tidbit regarding OS version reporting. This is the first month SteamOS has shown up on the survey with its debut coming in just over 5% of Linux users (0.059% of all users) reporting SteamOS.

The latest figures we have for total Steam users comes from the 2021 yearly review where Valve reported 132 million monthly active players on Steam. If we assume this is still the case, then that gives an estimated number of roughly 83k Steam Decks that saw active use last month.

This is of course just an estimate using some slightly outdated player numbers from 2021. Also, not all Steam Deck players will be using SteamOS and vice-versa, but it does give some insight into Steam Deck's popularity at the moment.

With the Steam Deck being the top-selling item on Valve's store basically every week for the past 6 months, it will be certainly interesting to see how these numbers evolve as more units are shipped out to customers.