Developed by Hanging Gardens Interactive, a small German team, Sonority is a rather unique sound-based puzzle game that edges closer to a narrative adventure at times. A good ear is thankfully not necessary to progress through the story, however, some side objectives will require some decent pitch recognition. 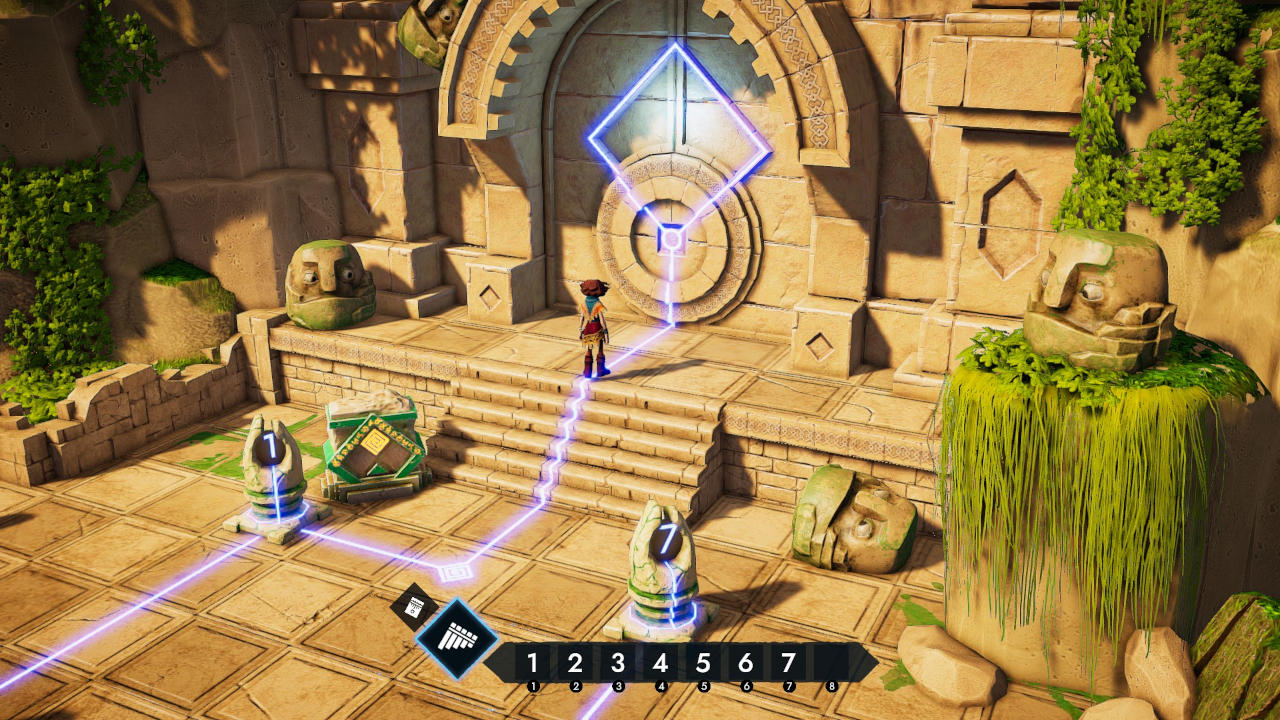 The story begins for Esther, the main character, as she enters an area of ruins called the Rockery where she's searching for a melody to help her friend Batama the bear. While progressing through the story and exploring the Rockery you'll encounter several animal characters, such as the raccoon who helps Esther on her quest.

While the story centres around Esther's desire to help Batama, you will also learn about the origins of the Rockery and how it came to be mostly ruins. And why some animals may not be so willing to help Esther.

It's not all about the story though, Sonority is still mostly a puzzle game. Most puzzles involve creating short sequences of musical notes that cause elements in the environment to shift, allowing the player access to new areas. Each puzzle is made up of several statues and it's up to the player to fill in each statue with a musical note. Stepping on a certain spot will cause each note to play in sequence. Depending on which tones are placed in the statues determines how different scenery elements move. For instance, a note sequence going up may cause a tower of blocks to raise, move forward, or rotate clockwise. And notes going down would have the opposite effect.

By default, musical notes follow the classic octave scale (C-D-E-F etc.), however, one concession the game makes the non-musically inclined is to simply have numbers instead. This makes '1' the lowest note and '8' being the highest for the first instrument in the game. I found this option easier to use compared to the letters since it's the difference between notes that is important for solving puzzles. For example, if a block tower needs to go '2 up', this becomes slightly simpler with numbers by just adding 2. 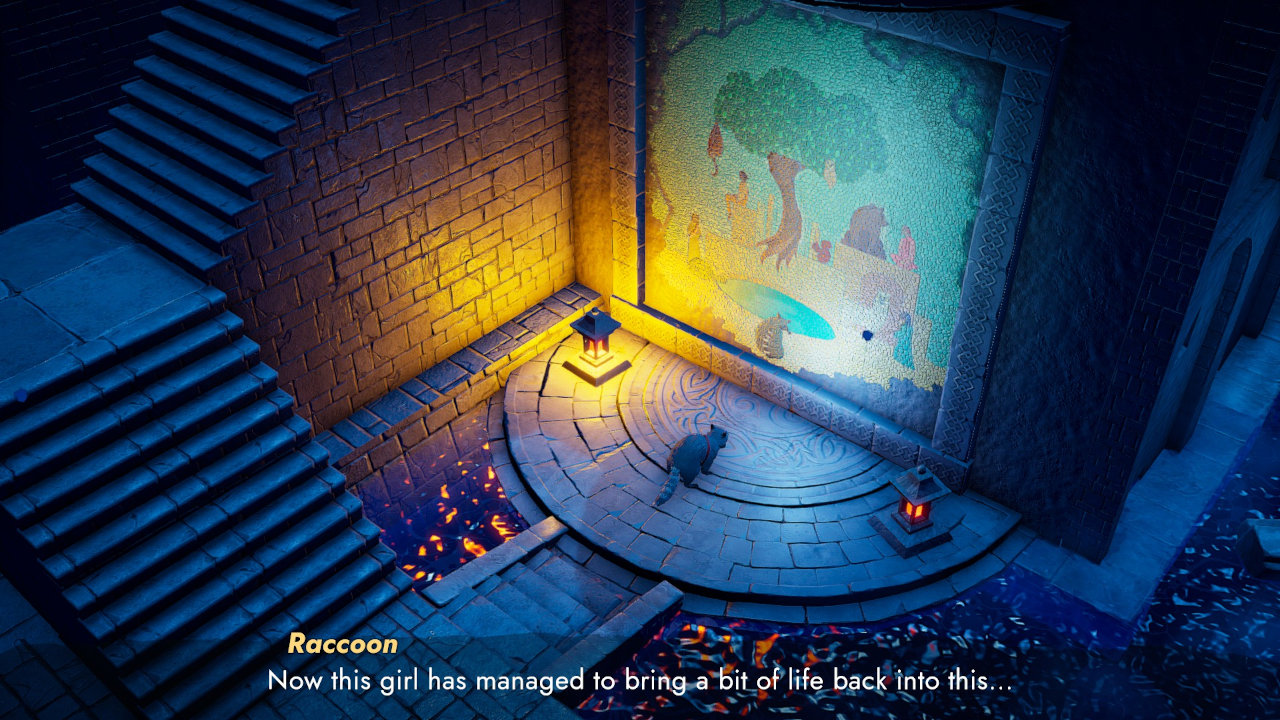 On the topic of difficulty, the puzzles in Sonority are not exactly mind-benders. The first half of the game feels more adventure game than puzzle game since the puzzles provide minimal challenge. The difficulty does pickup in the later stages, but it is still not terribly challenging. Often statues will have a note filled in already for you. I feel like removing some of these would have been an easy way to up the challenge.

In terms of variety, the folks at Hanging Gardens do introduce some interesting variations on the core mechanic. One modification being that some statues are linked together and must contain the same note. This simple addition changed the style I tackled a few puzzles, which was a nice change of pace. However, as quickly as these concepts get introduced, so do they rarely get used again. The fact the Esther gets multiple instruments was especially underutilised in my opinion.

Moving away from pure puzzle mechanics, the environments in Sonority are very well done with all the puzzles literally being part of the world. There's no distinction between puzzles and the overworld as they are one and the same. Having everything so integrated is a very cool experience compared to most puzzle games.

The art and details in the environments are also quite well done. Most areas are bright and cheery with a few darker, more moody zones thrown in. The 'Temple of Water' area was a nice change of pace from the jungle-ruins aesthetic and was probably my favourite looking area in the game. 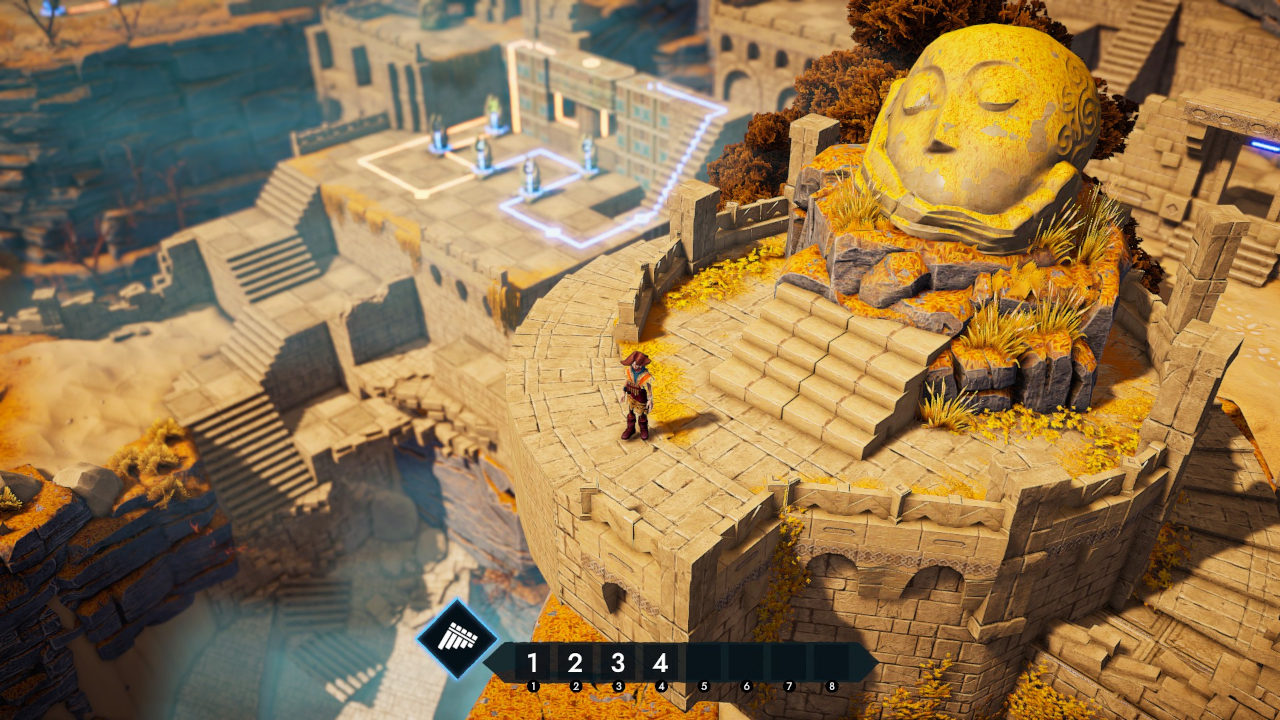 Overall, Sonority feels a bit incomplete. It has a unique and interesting puzzle mechanic but I don't think it's explored enough throughout the game. Story-wise and visually, however, it is above most games in the puzzle genre, especially those coming from small indie teams. I would love to see Hanging Gardens be given the opportunity to expand the game with more puzzles and build off the good base that Sonority has.

Sonority is available on Steam.