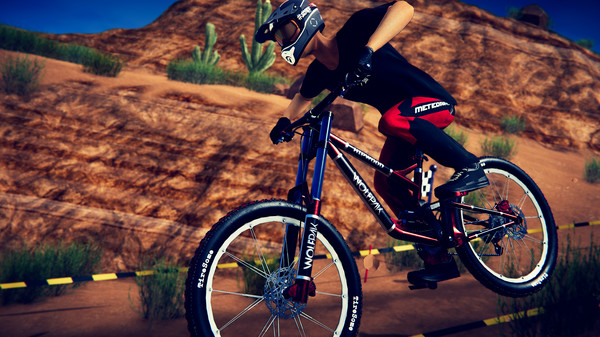 Descenders has been a game that I've kept an eye on since their early access debut last year. Mountain biking isn't a theme that gets used a lot in video games. The last good one I remember was Downhill Domination on the Playstation 2 so it's great to see a new game in genre.

Descenders takes some elements from roguelites such as procedurally generated tracks and multiple playthroughs. Most of the variety in tracks comes from the different settings or biomes since within each biome the tracks can feel a bit same-y. The better you perform on each track the more tracks you're able to complete in a single run and get better rewards.

What the game does really right are the controls. If you're playing with a controller, you'll have to use both joysticks to maneuver your rider properly in and out of transitions. The whole physics system is really fluid.

Finally, multiplayer was just added along with game's release. You'll be able to see your fellow riders as you make your way down each track which gives a bit of extra motivation to try and go faster or try shortcuts.

Descenders is available on Steam and is 25% off this week.