Hidden in the newest Steam Client Beta is the activation of Vulkan shader cache pre-compilation. If you're using the Steam Beta Client you may have already noticed the popup letting you know that shaders are being pre-compiled.

Valve had announced that this was in the works since last year so it's great to finally see that it's finally starting to roll out to users.

If video shaders are not ready to go, they must be compiled on-the-fly which can take some time an cause choppy frame rates. The pre-compilation step is necessary to avoid stutters like this in-game.

Steam had already implemented a feature that allowed users to download pre-compiled shaders, sourced from other Steam users. However, sharing compiled shaders was difficult as each user's setup had to match in order for them to be compatible.

Today's update makes use of the existing system of shader sharing among users, but now uses Valve's Fossilize tool to distribute them in a format that can be reused. So now users are able to compile them on their own machines and guarantee compatibility. 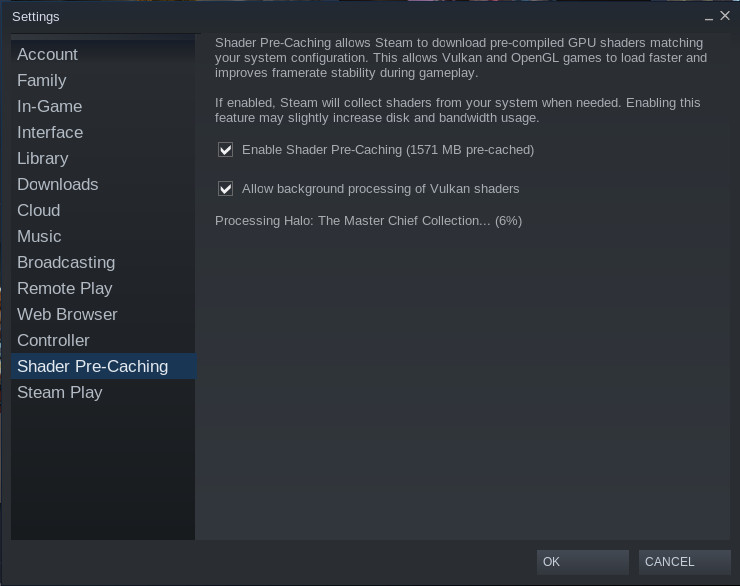 To enable the feature, just check the box in the 'Shader Pre-Caching' section of the settings menu in Steam. I'd also suggest checking the background compilation option if you have a lot of games, as some games can take a long time to pre-compile shaders. Thankfully it only needs to be done once at first launch or if new shaders become available.