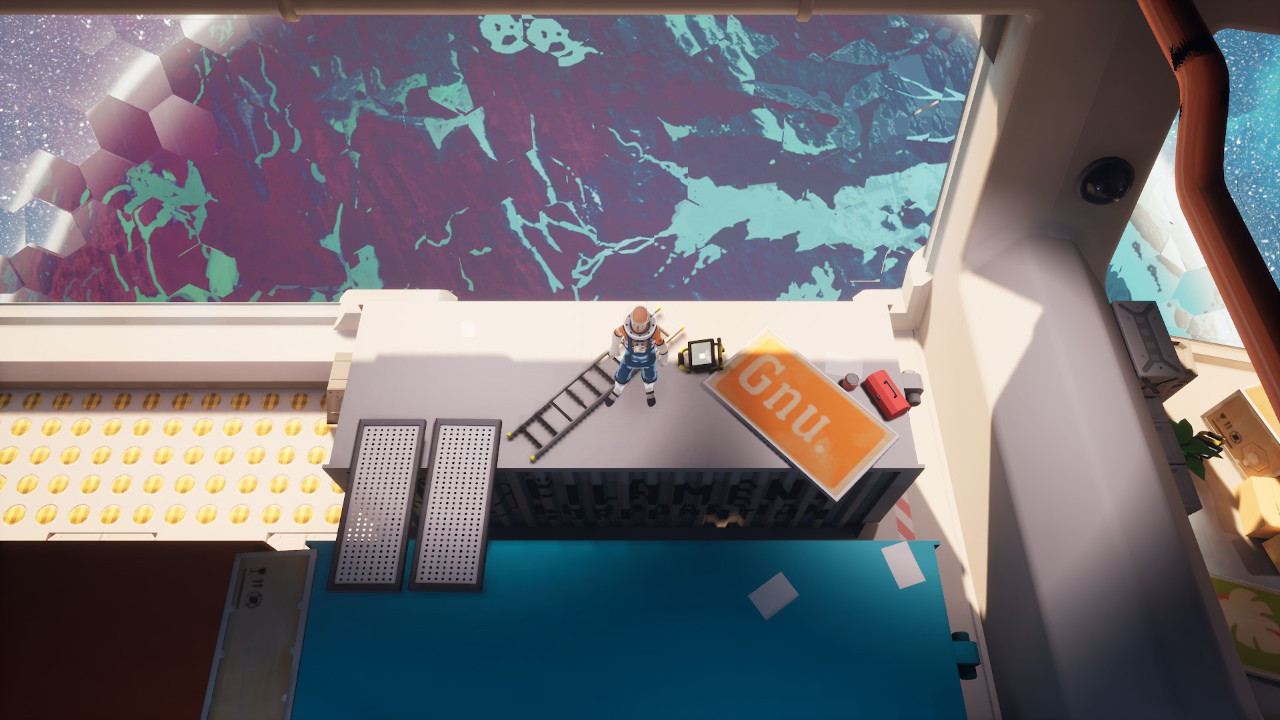 Developed by Beard Envy Games, and published by Kasedo Games, Filament is a puzzle game with a strong narrative element. It melds its story and puzzles together in a way that keeps you playing, even when the difficulty ramps up.

As the game starts, you come across The Alabaster, a Filament Corporation flagship research vessel, floating through space. After boarding, you discover the crew is mysteriously missing, save for a single pilot trapped in the bridge. The history of what happened aboard the Alabaster is slowly revealed throughout the course of the game.

Strewn about the ship are strange pillars, or Anchors as they're called in the game. They generally come in groups of three with progressively more difficult puzzles at each new Anchor in the chain. Only by unlocking enough Anchors is the player able to power the door to the bridge, the game's final area. Unlocking Anchors also rewards the player with a bit of lore in the form of emails from the missing crew members and some dialogue from Juniper, who's trapped in the bridge. 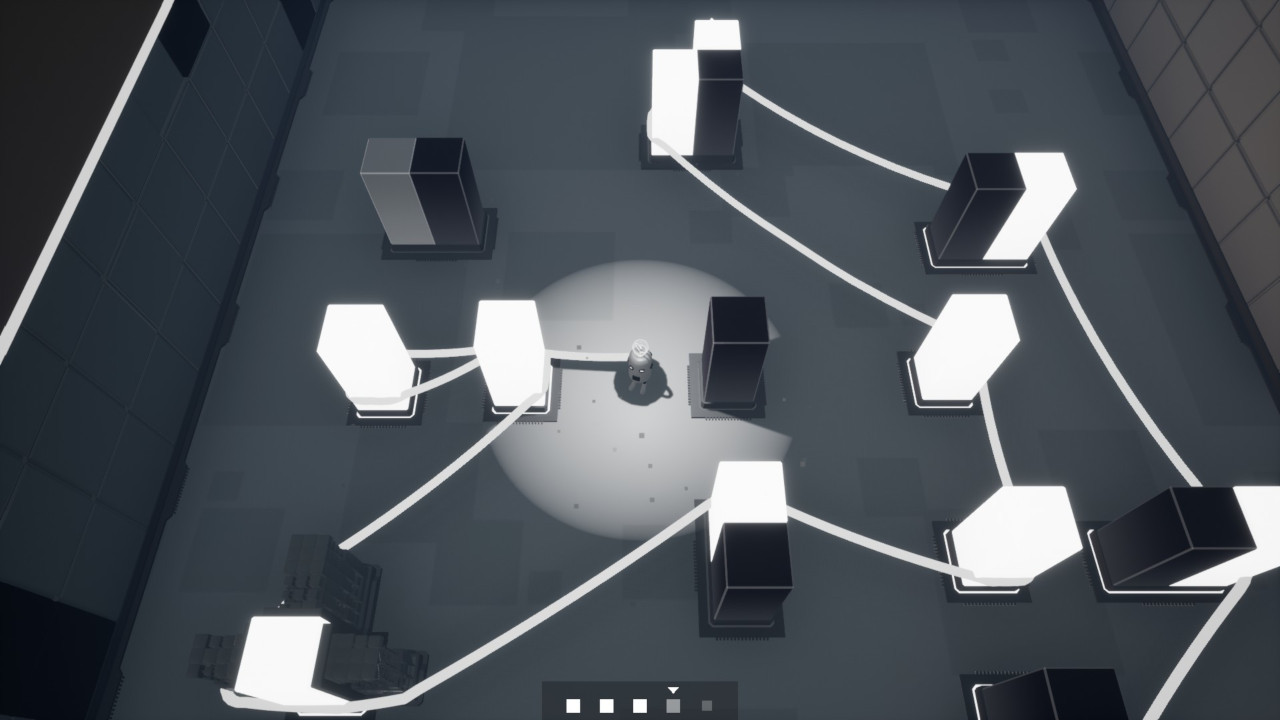 The basis of the puzzles in Filament involves a little robot-dude carrying around a kind of fibre-optic cable to bring light to all the required pillars in a room. Once the cable is laid, it becomes an impassable barrier so you need to plan your route carefully. From the very first basic introductory puzzles, I was hooked on this seemingly simple mechanic.

This basic gameplay is built on throughout the game with several different variations. Some pillars will stop the flow of light if they touch the cable, for example. Meaning that these pillars need to be avoided. Others will add or remove different colours of light that must be combined the get the correct resulting colour to the proper pillars.

One of the more interesting puzzle variations were the 'pad' puzzles. In these, not only do all the pillars need to be reached, but the cable needs to be laid in such a way as too cover all the additional pads on the ground. It forced me to think about the mechanics in a completely new way that I really enjoyed. 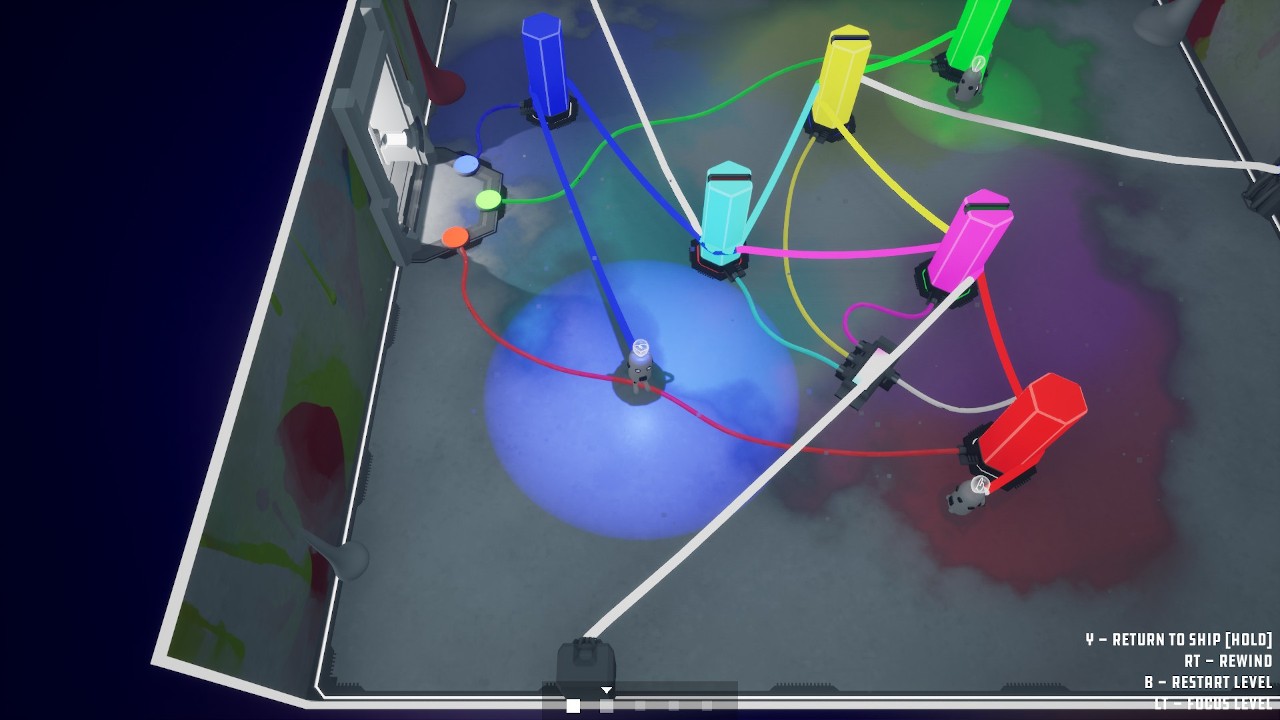 Working through puzzles, and powering up Anchors, in Filament is a real joy. My whole time playing I loved the core loop of knocking off a few puzzles, unlocking and reading emails from the crew, and just exploring the environment. The ship is definitely worth exploring too, as there are quite a few hidden treats scattered about.

Make no mistake about it though, the puzzles in Filament are hard, so be prepared for a challenge. Thankfully, the game is mostly non-linear, so if you're feeling a bit burned out you can simply move to a different area and try something new. And not all puzzles need to be solved to reach the end game.

Overall Filament is a brilliant combination of story and unique puzzle solving that I can safely recommend to anybody interested in the genre.

Filament is currently available on Steam. There is even a demo available to try out that works well with Proton.