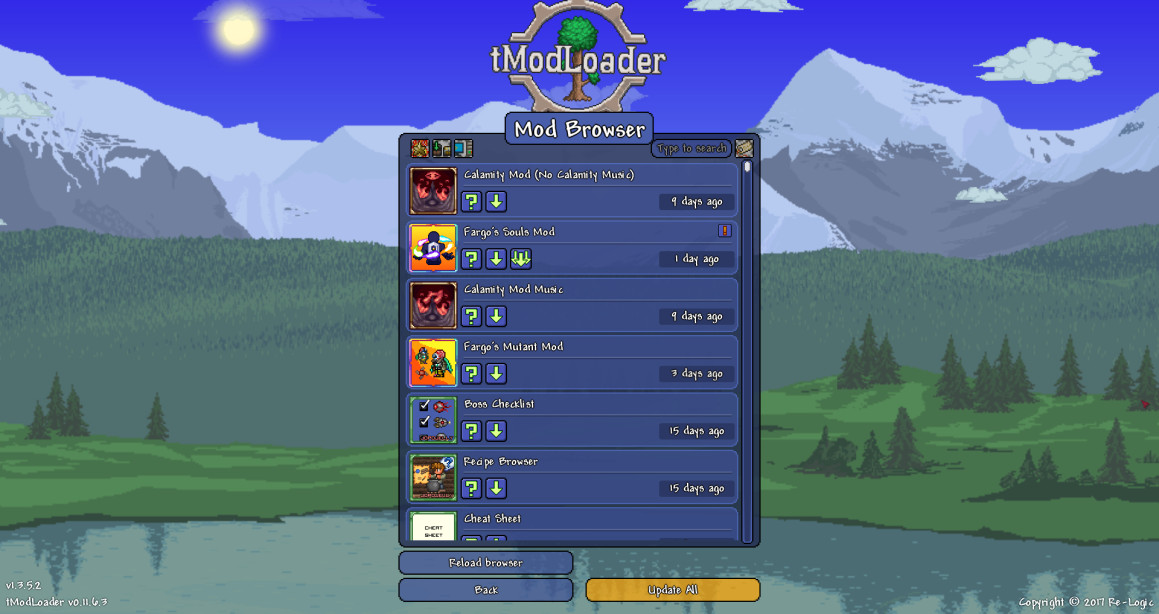 The "crowning update", Journey's End, is fast approaching but Re-Logic is one-upping themselves with their latest announcement for Terraria. The community-made project tModLoader is being brought to Steam, on May 18th, as a free DLC.

tModLoader is a project to make creating, loading, and managing mods easier in Terraria. It sits on top of the Terraria codebase and gives mod creators a standardised API to interface with. Check out the official project page for some more info.

The initial release of tModLoader is based on the current 1.3.5 version of Terraria but there are plans to bring it up to parity with 1.4 sometime after its release. Full Steam Workshop integration is also planned, post Journey's End update.

With Re-Logic moving onto other projects after the next Terraria update, they see mod integration as "hand[ing] the keys over to the fans". Hopefully Terraria will continue to have a long life and lots of new player-created content.

For even more details, check out the announcement post and visit the Steam page.