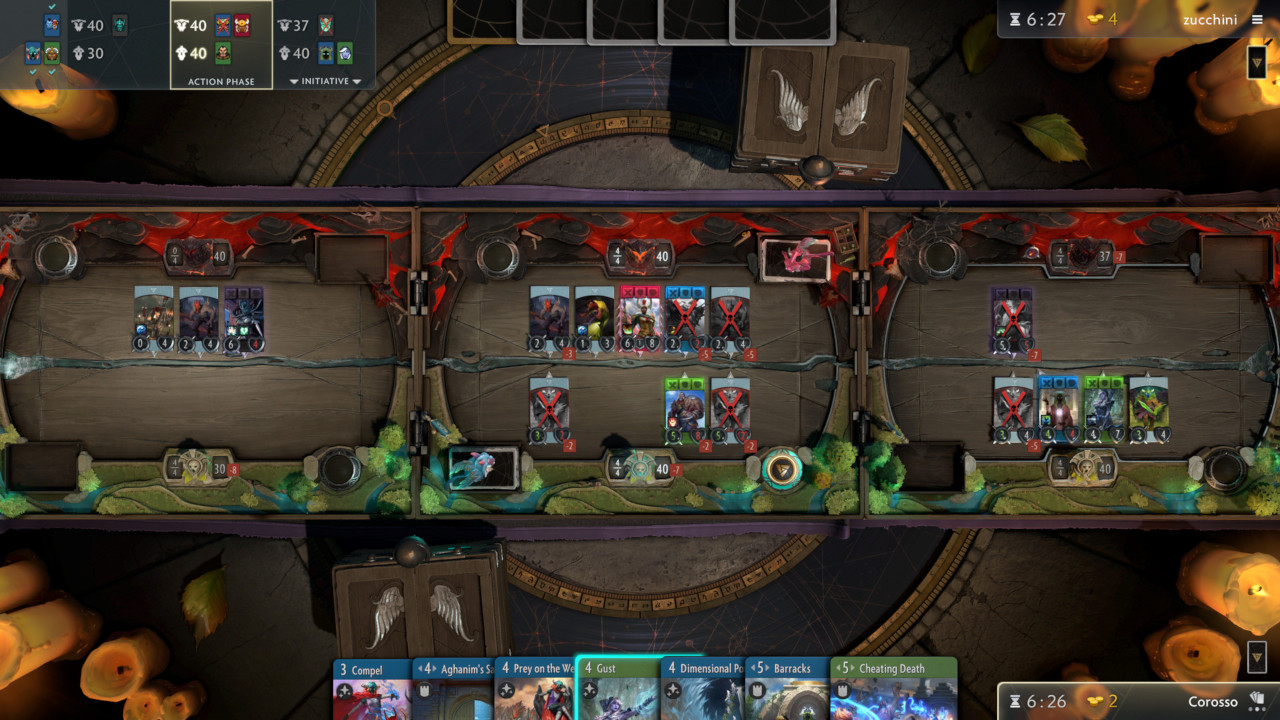 Holding fast to their current weekly Tuesday announcement, Valve has detailed more upcoming Artifact changes in a blog post. Following up on their previous post, more new mechanics have been outlined.

The foremost change is a direct result of the combat now happening in all 3 lanes at once. Initiative (who plays first) is now based on rounds and not on individual lanes. Valve believed that the initiative mechanic was both too powerful and too obtuse in Artifact's original iteration and they wanted to damper its strength somewhat.

Mana, required to play most cards, is also now a global resource and no longer tied to individual lanes. This, combined with the initiative change, creates a system where the player now must weigh options and decide whether to use mana or delay for initiative.

One final item, mentioned under quality-of-life issues, is a stronger progression system. Many players of the original Artifact thought that there was not enough incentive to keep playing the game, and this is something they want to address. The fact that cards are now unlocked through gameplay should already help with this, but Valve says they also want to do more.

Let's hope this rework can bring Artifact back from the dead with, it would be great to see the game thrive. I'm also looking forward to more weekly updates in the future.