Indie action game Resolutiion has a demo up on Steam 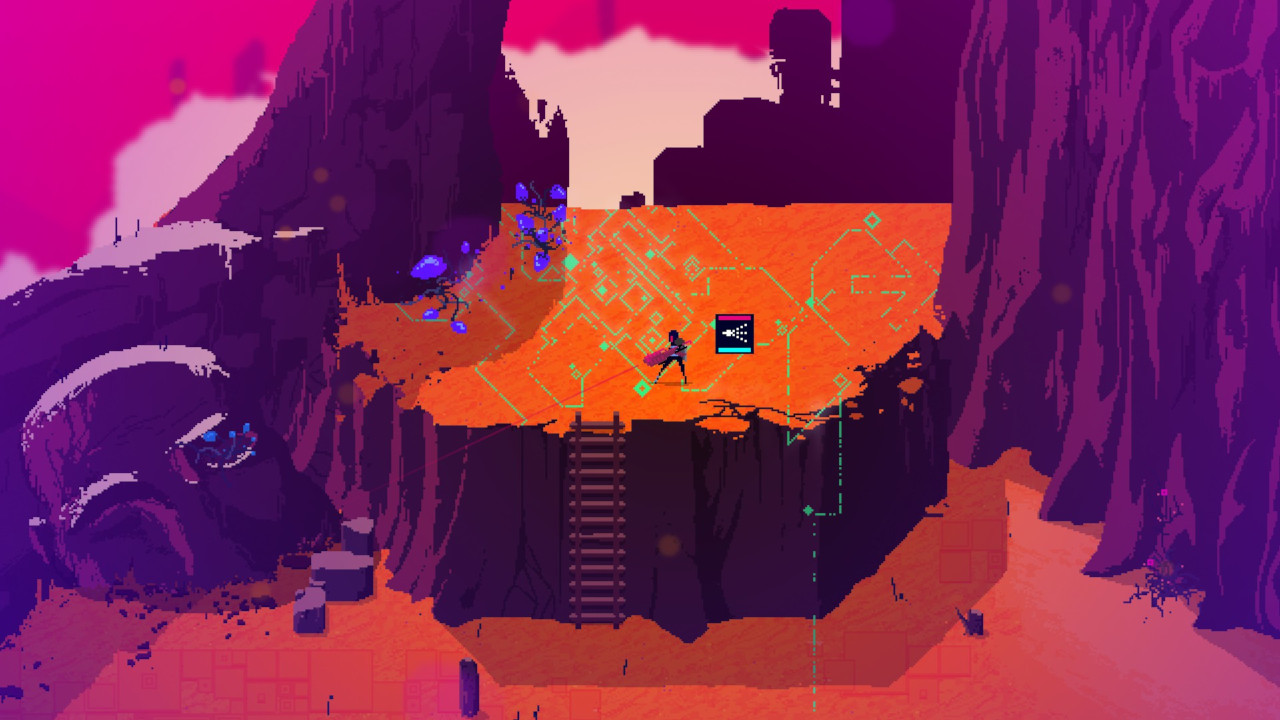 The self-described "angry German brothers leading a band of vagrants" at Monolith of Minds have released a short demo of their upcoming action game Resolutiion on Steam and it's definitely worth checking out.

Explore a fractured future, gathering weird weapons and stories, to piece together the past: a friend betrayed, a family broken, worlds at war.

To solve the mystery of the Cradles take on a multi-cultural-mashup of cynical gods, emotional machines, zealots, luddites, and furry critters in a world that doesn’t care if it confuses or kills you — oh hey, a kitty!

Just going by what is shown in the demo, a bit of the personality from the game's description also shows through in the art style. It's got a cyberpunk-ish/post apocalyptic feel to it. Some really strange imagery is also use in the environments.

Combat is pretty straightforward with a dash, basic attack, and a variety of weapons to use as a special skill. Dashing uses energy so it's important to keep an eye on how much you use it.

The demo wasn't too long so I'm really interested to more of the game soon. Check it out now on Steam.