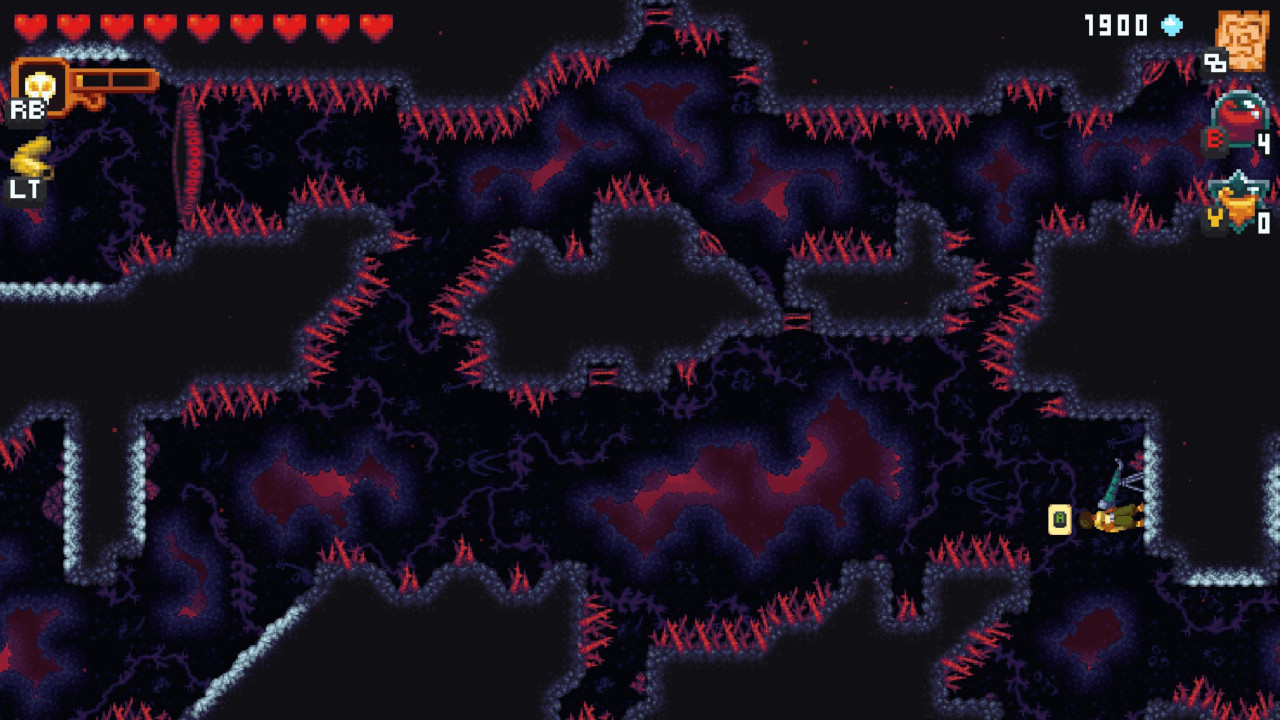 Originally released in February 2018, Dandara recently received a large update called the Trials of Fear Edition. This is a free update that introduces some additional content and polish to the game. It's currently available on Steam, with a nice discount until March 12th.

My experience is based solely on the updated version, so I won't be comparing it to the pre-updated iteration.

Developed by Brazilian studio Long Hat House, and published by Raw Fury, Dandara has is a unique take on the metroidvania genre and does away with traditional platforming. Instead, traversal involves jumping around the perimeter of the map, staying in place until jumping again. Combat, exploration, and environments are all built around this gravity-defying mechanic.

It took some time to get used to Dandara's movement and break out of some gameplay habits that have been ingrained in me since I can remember. For instance, once you land on a wall, you're unable to move side-to-side or perform a regular jump. The only way of moving again is to take aim and spring to another surface. I frustratingly kept wanting to make small movements to avoid enemies or projectiles. With some practice however, the movement becomes quite fluid.

The gameplay highlights, for me, are the boss battles. I think these are where the unique movement of Dandara really shines through. Bouncing off walls, and even the boss itself, was great fun. I only wish there were more of these throughout the game. 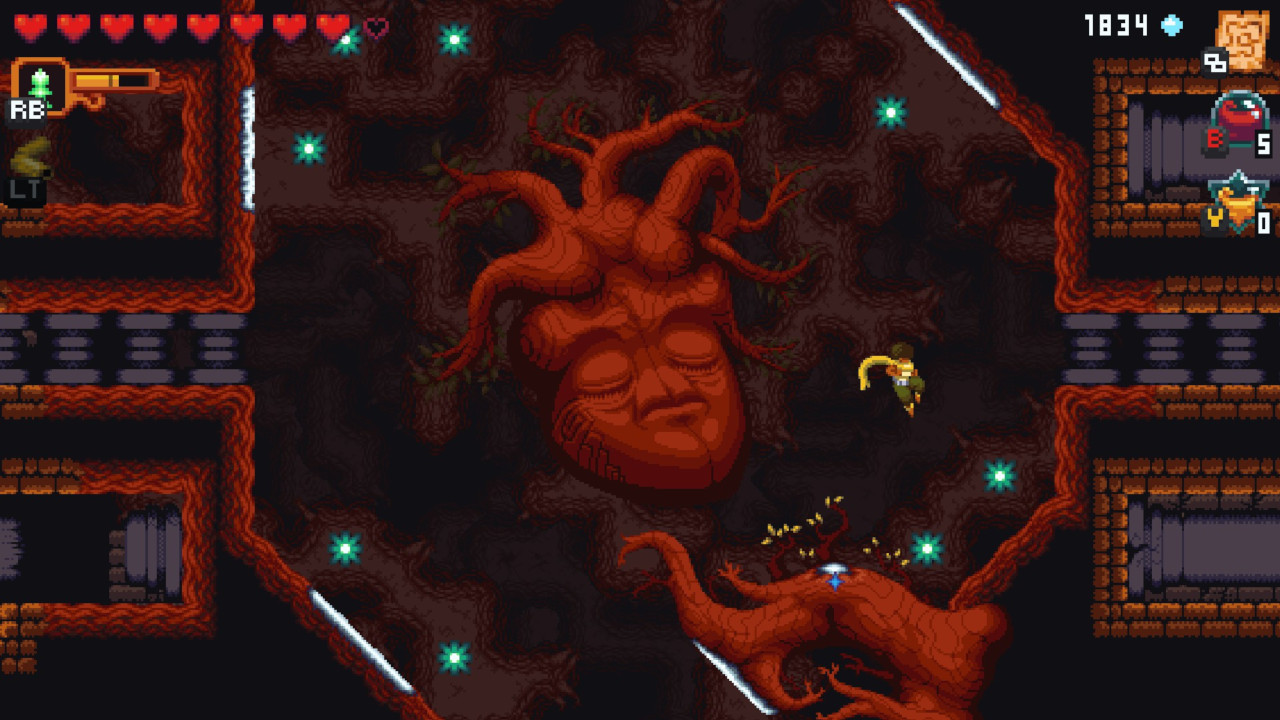 Aside from its unique movement mechanics, Dandara stays true to the metroidvania genre. You'll be exploring a reasonably large map with several different environments, varying enemies, puzzles, and upgrading your character. Upgrades are done in several ways, mainly by collecting salt from enemies and chests, then returning to camp to upgrade base character traits. Finding salt essences will grant additional charges to your health and energy regeneration skills. Additionally, several different weapons and ability items can be found throughout the world. There's no shortage of unlocks.

Graphically, Dandara has a very nice pixel-art aesthetic and each 'biome' of the world has it's own look and feel to it. Character animations look great and feel snappy, especially when flying around levels at high speeds. Map transition animations do take a bit too long however, and it would have been nice if these were sped up a bit. I found myself getting slightly irritated by the slow transitions when traversing screens quickly.

The background soundtracks are quite nice on their own, but certain tracks are a bit too dissonant for my taste and started to grate on me after too long in the same area.

Overall, Dandara: Trials of Fear Edition is a fun metroidvania that does something unique with its movement system. It will most likely take some getting used to, but the reward is some great combat encounters.