LunarG has released results from its Vulkan ecosystem survey

LunarG develops tools and infrastructure for all things Vulkan. Much of their work recently has been on the Valve-sponsored Vulkan SDK, that mainly targets desktop platforms.

Last December, LunarG put out a call to all developers using Vulkan to respond to its survey. Their aim was to gather feedback on the current Vulkan development ecosystem. After some time to compile the results, they've released a summary report from the survey responses.

The survey garnered 349 responses, with about 44% of those being commercial developers. So it's probably best to keep those numbers in mind when interpreting the results.

Over 80% of respondents rated the Vulkan ecosystem as good or better. There were some complaints however, some of the top ones being: API complexity, driver inconsistency, and poor documentation.

Perhaps the most interesting responses were to the question below: 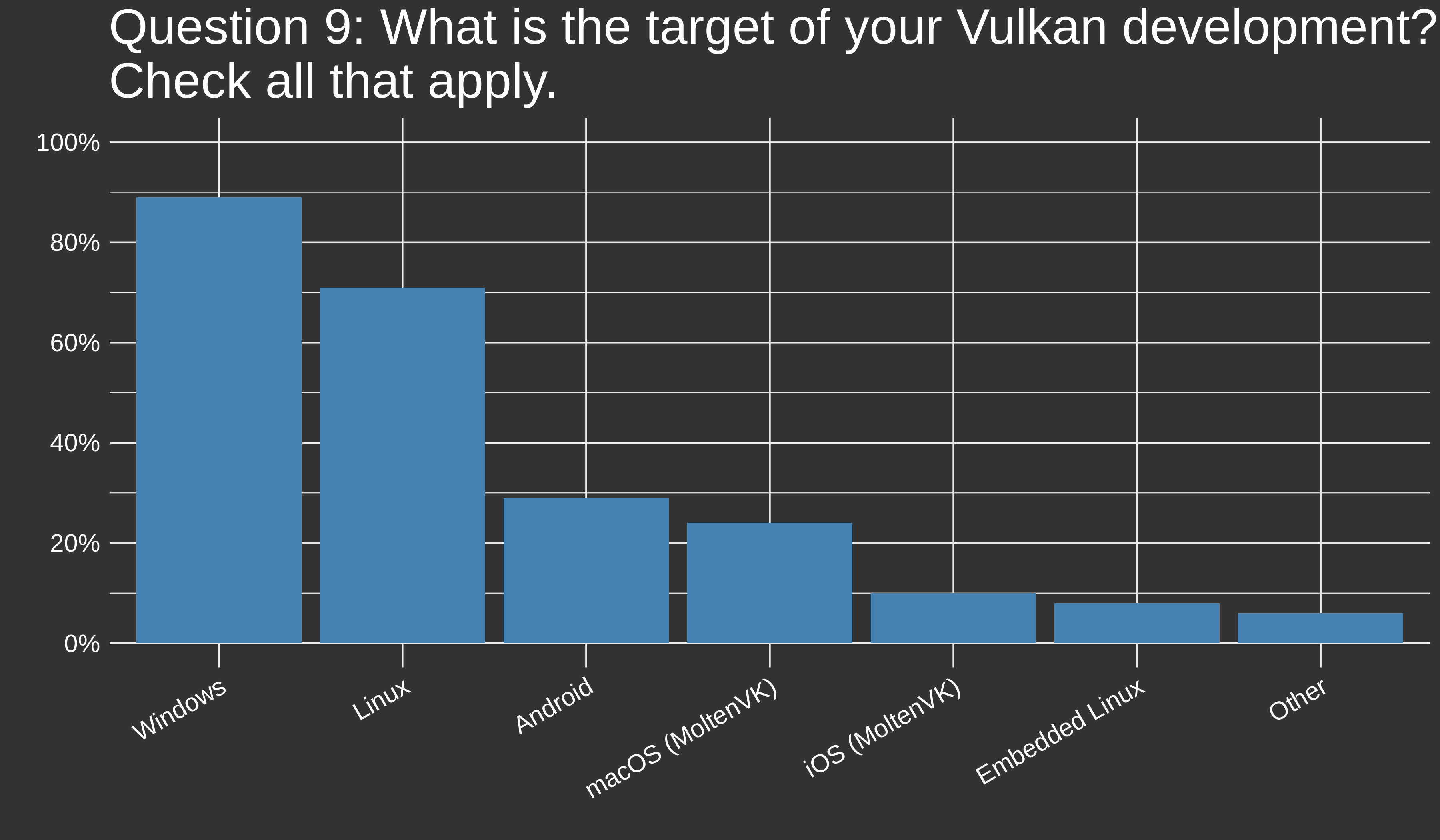 Over 70% of respondents also said they were targeting Linux with their work (chart above). Additionally, about 50% of respondents said their development environment included Linux. Keeping in mind the number of respondents, and that many of them likely came from Valve due to their involvement in the Vulkan SDK, Linux support seems quite strong in the Vulkan ecosystem.

I recommend checking out the full report for a complete summary of the survey results.