Space Shapes is a multi-coloured asteroids with some additions 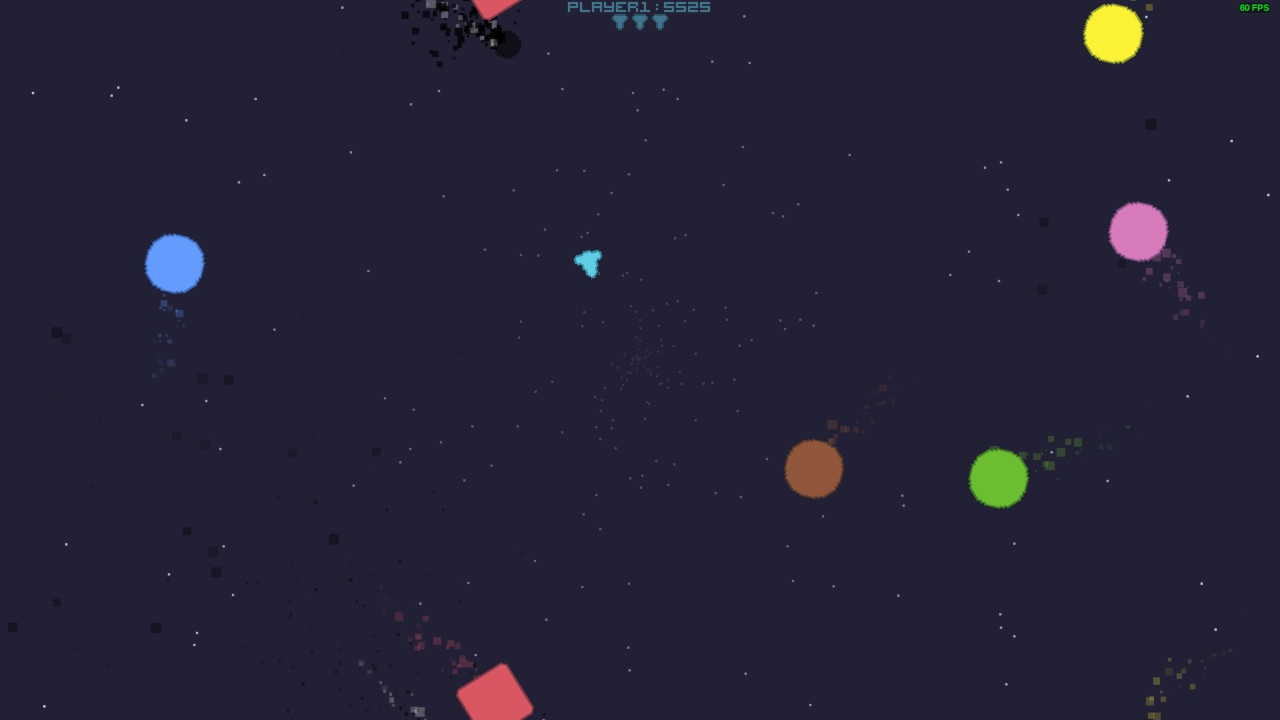 What Space Shapes does to mix up gameplay is having some light rogue-like elements. Between stages, you're given a random selection of buffs or nerfs to your ship. You may get more damage, or you may get increased reload time between salvos. It's an cool idea, but I don't feel it mixes up the gameplay enough; often the rewards are simply points or more lives. It also would have been nice to have some more permanent ship upgrades between runs as a secondary progression mechanic. 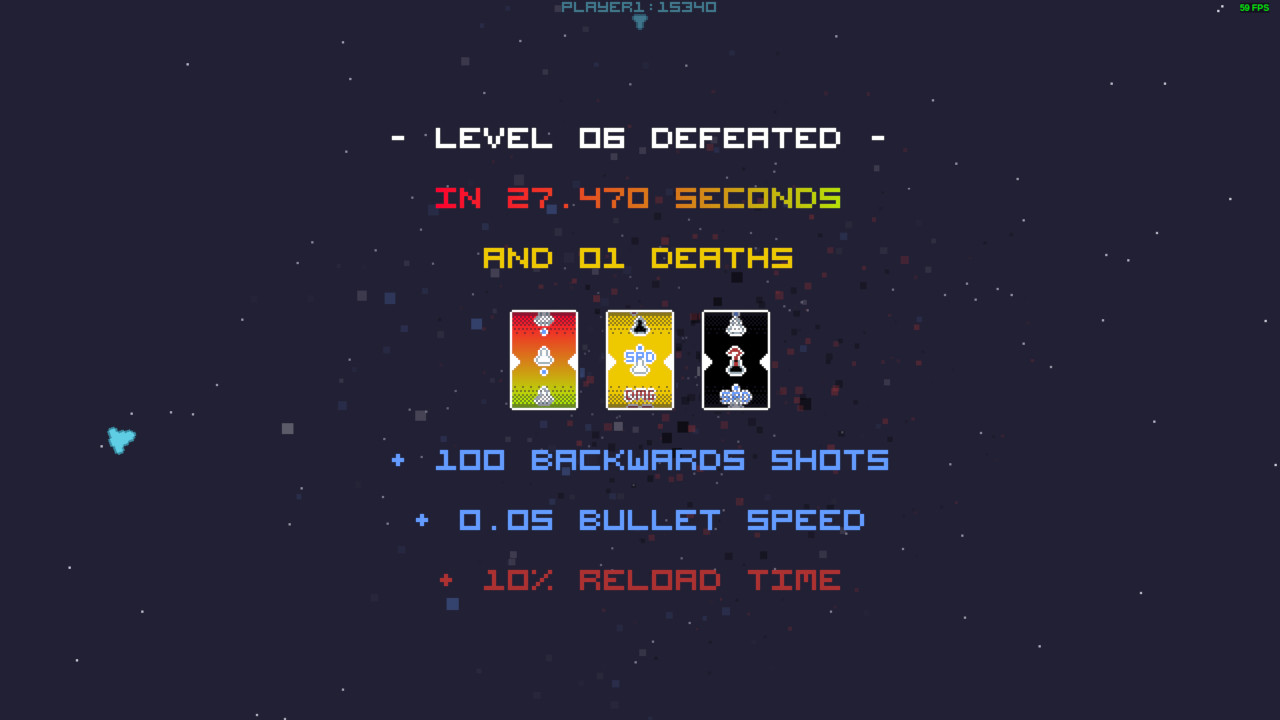 The graphics are simple, but effective. It uses a retro, pixelated aesthetic which keeps things pretty clean. The palette of colours used for the asteroids, I thought, was also well chosen. I'm not colourblind though so it might be different for other players. The only issue I had was with some of the enemies that shoot red bullets, sometimes the bullets were difficult to see.

The music is great too. There's a surprising number of tracks for such a small game, and most of them are pretty upbeat and fun.

Overall, Space Shapes is a solid take on the asteroids formula. It's currently available on Steam.