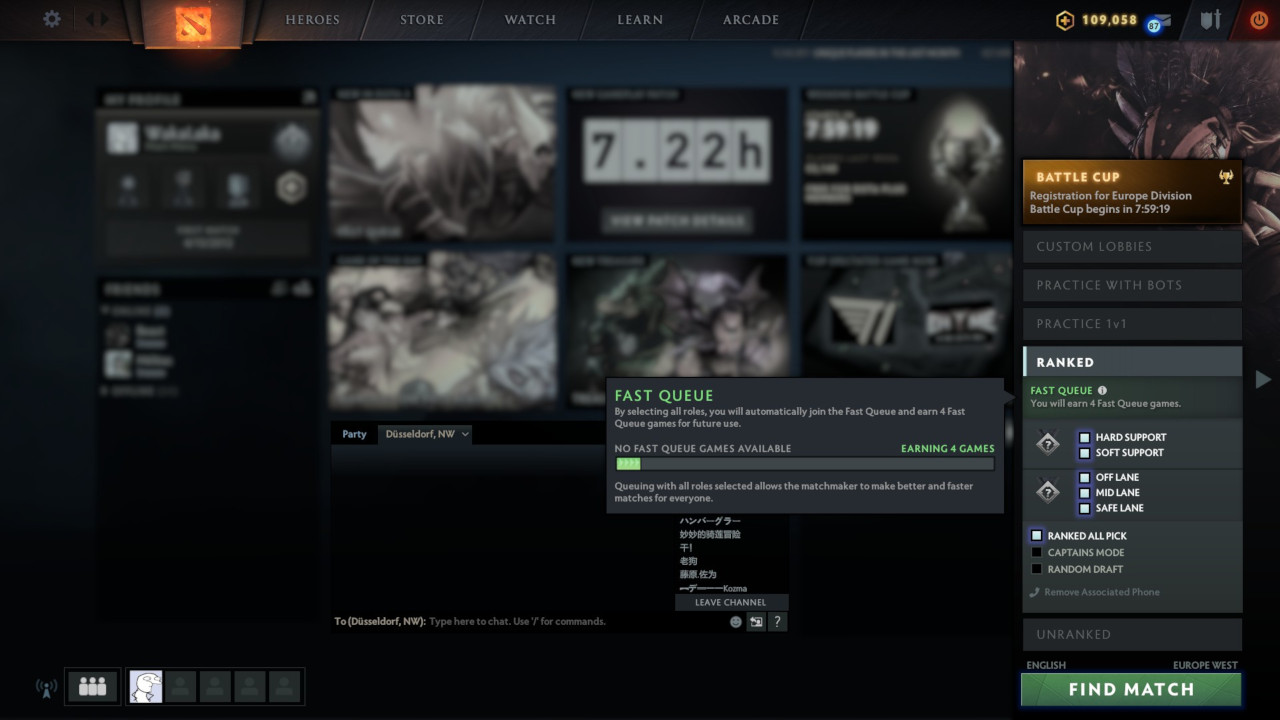 Dota 2 has had a rough couple months. It has reached it's lowest player count in over 5 years and the roll-out of Ranked Role matchmaking has not exactly gone as planned.

Ranked Role matchmaking is a feature in Dota 2, introduced last year during The International 2018 Battle Pass, that allows players to select their favourite role when queuing for a game. The feature made a return for the 2019 battle pass and has now been rolled out for all players.

For most players, this is a welcome addition to the game as it greatly reduces conflict between players when picking roles. Unfortunately for high-skilled players, the smallest and most vocal group, have had exceptionally long waiting times for in-demand roles. Enter the Fast Queue.

Activating Fast Queue grants the player preferred status in the matchmaking queue, reducing search time. However, Fast Queue uses are limited but can be replenished by queuing for a ranked match with all roles selected (which almost always results in playing hard support). Fast Queue uses can also be earned while queuing as a party as long as, between all party members, all roles are selected. The idea being to push players into other, less in-demand, roles.

Hopefully the Fast Queue can alleviate some of the matchmaking troubles of high-skilled players. It would be a shame to revert to the old system since, for most players, the Ranked Role system has greatly improved the Dota 2 matchmaking experience.