Snapfire - a new hero coming to Dota 2 this year 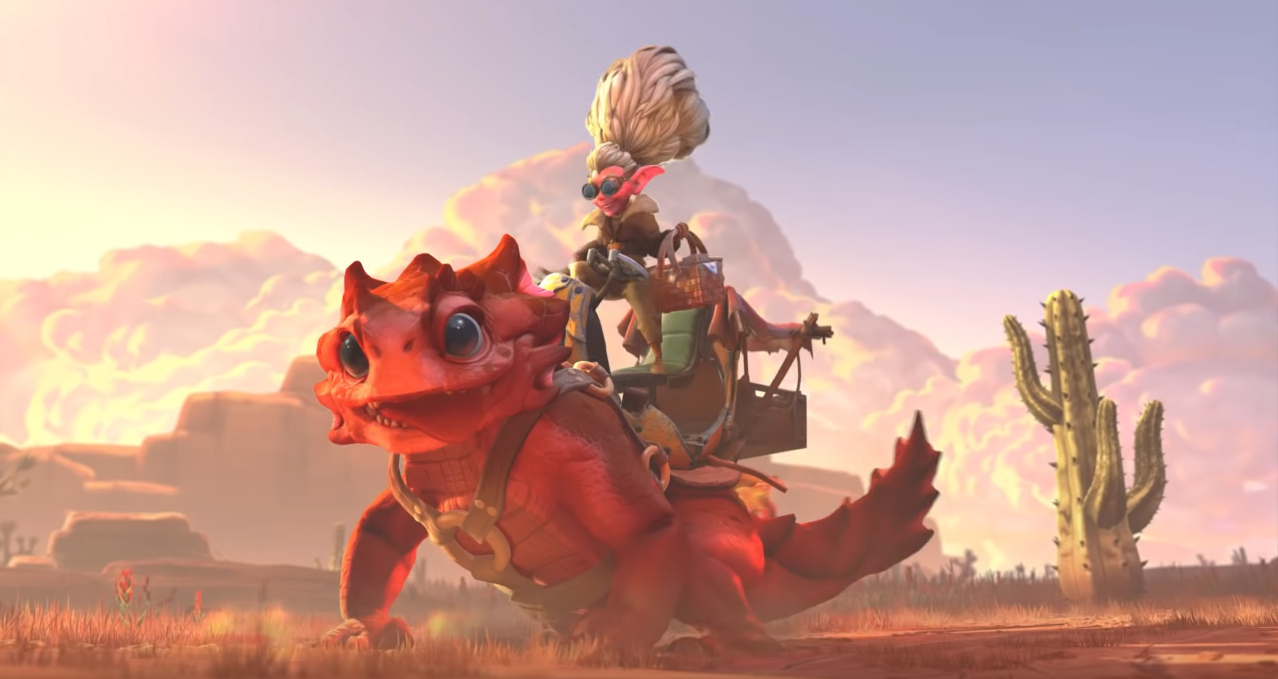 Snapfire, a gun toting, cookie baking, lizard riding, goblin grandma has been announced at this years International as the next hero being added to Dota 2. From the reveal trailer, it appears that she is Timbersaw's aunt and possibly related to Batrider as well.

The cinematic reveal gave us a couple hints about possible abilities for Snapfire. She's shown helping Invoker by feeding him a cookie so she likely has some sort of ability to buff her teammates. The trailer also showed her shooting a shotgun and turret from her lizard mount. And lastly, the lizard shot a ball of lava from it's mouth that appeared to stick to and blind Timbersaw.

Early speculation is that Snapfire could be a hero for the support role. I think this is definitely a possibility, based on what was shown during the trailer.

Snapfire is currently scheduled for release, later this year, in fall 2019. And be sure to check out Valve's official cinematic trailer.